On a warm and sunny Easter Sunday in Cheshire, the mini Mumblers and some of their friends popped on their bunny ears and headed off  down the rabbit hole at Sneaky Experience’s fantastic Alice in Wonderland event, which they held at the beautiful Capeshtorne Hall in Macclesfield.

We hadn’t been to a Sneaky Experience event before and, to be honest, had pretty much no clue what to expect – but we were not disappointed!! From the moment we were greeted by the cheerful, bouncy White Rabbit and led to the gorgeous expanse of grass in front of the hall where our adventure was to unfold, we were mesmerised!

The White Rabbit explained that he had lost his Easter eggs, and that there were a few special people dotted around who might be able to help him find them. – and that if he did, he would share them with us.  That was all the mini Mumbler needed to hear – they were hopping from foot to foot to to get started, even more so now there was the promise of chocolate at the end.

The participants were split into small groups to work their way around the area, stopping to meet the various Alice in Wonderland Characters – the Mad Hatter, Queen, Cheshire Cat, Cook and, of course, Alice herself!  The small groups meant that everyone was kept fully involved all the way through – nobody was overlooked and each character chatted to each child individually during their visit.

The actors themselves were outstanding.  From the crazy Mad Hatter, who got the children solving riddles and laughing out loud at his mad ramblings and cheeky jokes from the start, to the cockney cook who got them involved in baking for the Queen’s birthday party and wowed with her magic tricks and tales of her life baking for the Queen, each one was superb and made sure each and every child was fully immersed in the experience. Alice was very sweet and taught the children a song and dance which they did alongside her and the White Rabbit (and which my 6 year old still sings on repeat now…..)   The Queen was my personal favourite – with an outfit and patter to rival any pantomime dame, she had everyone playing a game of ‘Queen Says’ and prancing around doing whatever she ordered us to.  We finished up with a visit to the Cheshire Cat who we were advised to approach very carefully, since he was having a nap. The youngest in our group, 2 year old Jack, bowled straight over and gave him a poke, which sprung him into action, and he proceeded to play a few games with the children which, if they won, would mean he revealed where the Easter eggs were.  Last man standing was 6 year old Sam, who skilfully beat the Cat at a game of Heads or Tails, and ensured that the chocolate reward was duly awarded!! 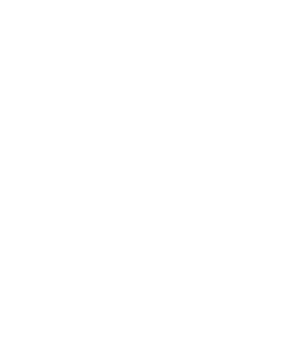 The experience lasted around 45 minutes but was so much fun, it seemed to pass in an instant.  The kids had an absolute ball, and the small groups and excellent attention to detail/organisation meant that as grown ups, we could fully relax and enjoy watching our little ones get involved.  We took 5 mini Mumblers along, aged from 2 to 6, and the event catered for them all.  We had a couple of younger/older children in our wider group, and they seemed equally enthralled with the characters and activities.

Once the experience ended we headed off to the grounds of the Hall to enjoy a run around and lunch – we took a picnic but there were food vans selling tasty treats if you hadn’t taken your own – and of course, each child could finish lunch with their Easter egg, which was even tastier having been handed out by their very own White Rabbit!

The Mum I went with and I both agreed that the event was a triumph and that we’d take the kids to any future Sneaky Experience events which come to Cheshire.  If you get the chance to go along to one, do – it’s a really unusual, fun way to spend time with your children, and an experience that both you and they will thoroughly enjoy.

We were gifted tickets to the event, but promise that we absolutely loved it!!


Made with by Wonder Media